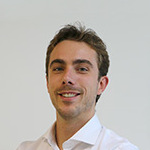 Some maps may give lag (NLK Trenchez sometimes, or NLK Battlelinez). I have removed about 75% of all bushes and trees to reduce the lag, but sometimes it just lags…I have no clue on how to fix that. There is also one CoD4 map.

A map located in Italy. The village is build on a mountain, there is a big height difference between the 2 spawn camps and you can climb on all roofs or go underground.

I tried to put a lot of detail in the houses, by using a lot of models and broken things. Also the vision file does its job quite good, it makes the map to be in some sort of fairytale :P

A winter map with two bases which have a lot of wooden houses. Between the bases there is a church with a graveyard, a pond, trenches, a warehouse and open field with high trees and bushes.

A lot of detail in the wooden houses, such as covered windows and anti-snow things on the roofs. Church has a crypt which is connected with a pretty big tunnel system underground.

Two bases with underground trenches. A lot of open terrain with bushes, four square trenches on the sides and in the middle some boxes. It’s night.

Several teleports. Two secret ways which lead into a secret rooms and into the space under the boxes in the middle of the map. Secret rooms have weapon spawns, such as satchel charges, panzerfausts and flamethrowers. Two DOM flags are at the square trenches and one in the middle, on the top of the boxes.

Two bases with an hill in between with some trenches and one underground trench to the middle of the map. Open terrain with many bushes and trees.

Two secret rooms under the bases and two secret places where the enemy will not see you from the front. One of the DOM flags is on the hill and two are underground.

Two bunkers, with a lot of tunnels to eachother. Terrain around the bunkers and tunnels, with many trees, bushes and sandbags.

Two secret rooms with satchel charges, panzerfausts, flamethrowers, music and some pics. Two of the DOM flags are underground.

High russian buildings, with lots of windows. Terrain between the buildings with many bushes, some trees, sandbags and barrels. On the top of the buildings are some weapon spawns, such as satchel charges and panzerfausts.

Two underground tunnels and two secret rooms with satchel charges, panzerfausts and a flamethrower. One of the DOM flags is op the top of the middle building.